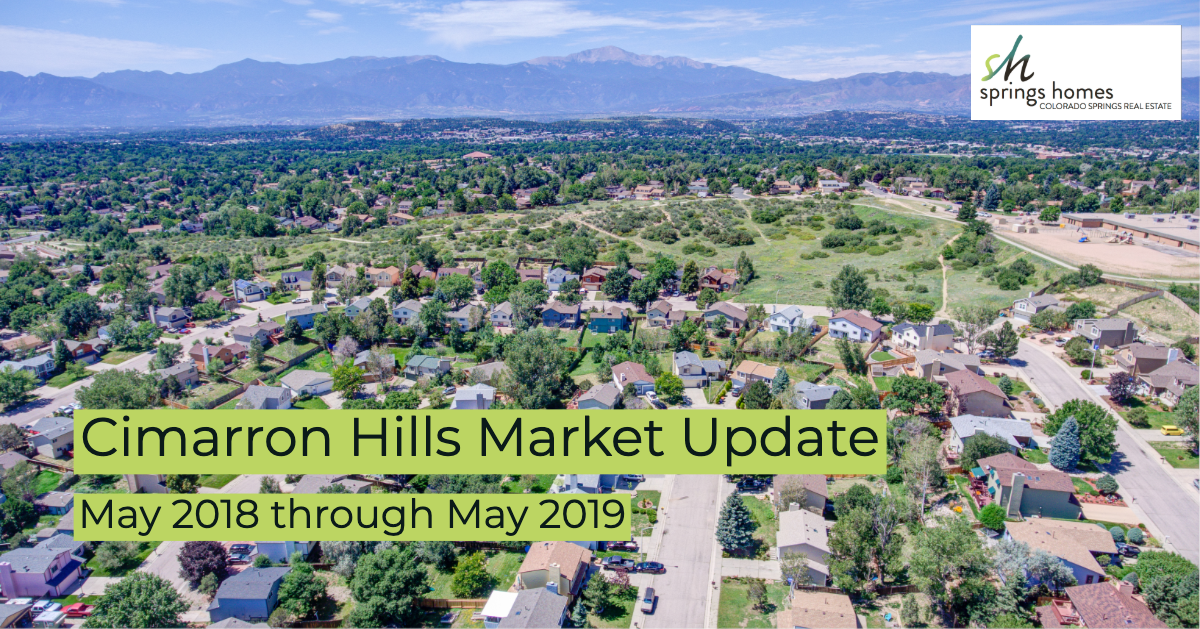 Cimarron Hills is a classic east side Colorado Springs neighborhood. Cimarron Hills is situated in what is often called the “Powers Corridor” an area that is known for its wide range of amenities like shopping and restaurants.

Cimarron Hills has seen really strong gains since May of 2018. Here is a look at the real estate statistics for that period.

Inventory can be difficult in the Cimarron Hills neighborhood, so we often look in several surrounding neighborhoods as well when working with home buyers looking for Colorado Springs Real Estate in that part of town.

The Northcrest  Neighborhood is a small neighborhood located in the Powers corridor on the east side of Colorado Springs, Colorado. Northcrest is situated north of Palmer Park Blvd. South of North Carefree Circle, east of Powers Blvd. and West of Marksheffel Rd. Homes in the area on average were built in 1989 and average 2,026 in size with a Median Sales Price of $269,500 in of May 2019.

Ridgeview at Stetson Hills is a large neighborhood located on the east side of Colorado Springs, Colorado in the Powers Corridor. The neighborhood is situated east of Powers Blvd., West of Peterson Rd. North of Stetson Hills Blvd. and south of Dublin Blvd. 2003 is the average year built for homes in this neighborhood, while the average square footage of a home is 2,229 square feet. The median sales price as of May of 2019 is $309,500

Stetson Hills is located east of Powers Boulevard and west of North Marksheffel Road. Stetson Hills Blvd. is the northern boundary and Barnes Road is at the southern border. The average home size in the Stetson Hills neighborhood is 2500 square feet. While the median sales price is currently at $305,000 as of May of 2019.